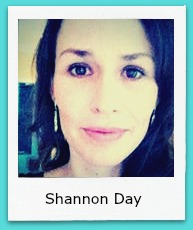 When she’s not spooning her kids on the couch, complaining about the crunchiness of the kitchen floor, or perfecting her towel folding skills, former teacher, Shannon Day can be found cocktail shaking and story making over at her site: Martinis & Motherhood. There she ponders the meaning of life, while poking fun at her hot hubby. Shannon is co-founder of Tipsy Squirrel Press and co-editor of Martinis & Motherhood – Tales of Wonder, Woe & WTF?! She is a regular contributor for BLUNTmoms and her writing can be found in various online publications, including: Mamapedia, Scary Mommy, The Huffington Post, Mamalode, In the Powder Room, Pregnant Chicken, and Sweatpants & Coffee. You can also find some of her stories in print as she’s a contributing author for Only Trollops Shave Above the Knee and Motherhood May Cause Drowsiness. Connect with Shannon Day on Facebook and Twitter.

Tara Wilson is an always-distracted Canadian mom of three tween girls, living in the same suburban town outside Toronto in which she grew up. She writes about raising kids with Autism and ADHD on her blog Don’t Lick the Deck, with a perspective of humour and imperfect mothering. She regularly tries to host giveaways to rid herself of the raccoons that take up residence under her deck, but has been unsuccessful in changing the lottery and gaming laws. Also it seems that readers prefer iPads over dumpster-diving wildlife. Tara and her husband recently found out that they both also have ADHD – or maybe they already knew, but lost the paperwork – which finally explains all the times they took the wrong twin to the doctor. It also sheds light on why she was a terrible accountant, and was likely responsible for causing at least one client to go to prison. Tara is co-founder of Tipsy Squirrel Press and co-editor of Martinis & Motherhood – Tales of Wonder, Woe & WTF?!

She is also a regular contributor to BLUNTmoms, Parentdish Canada, and momstown.ca. You can find her procrastinating on Facebook, being too wordy on Twitter, and over-sharing on Instagram. 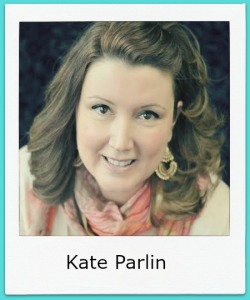 Kate Parlin is a writer and mom of three girls, two of whom are twins.  She is a former high school English teacher who now uses her love of words to chronicle her parenting adventures – the funny, the frustrating, and the infuriating – at her blog, Shakespeare’s Mom.  Her writing has been featured in numerous places online, including The Huffington Post, Scary Mommy, In the Powder Room, MomBabble, and Redbook.  Her essay, “Making Space” was featured in the December 2014 issue of Pregnancy and Newborn Magazine, she was honored to be a cast member of the 2015 production of Listen to Your Mother in Bangor, Maine, and she is thrilled to have her work included in several parenting humor anthologies.  When she’s not cleaning up pee or negotiating the putting on of shoes, she can usually be found hunched over her laptop with an enormous cup of coffee.  Or a martini.  It depends on the time of day.  She lives in Maine with her husband, their gaggle of girls, and two ridiculous dogs.  You can follow along with her shenanigans as Shakespeare’s Mom on Facebook, Twitter, and Pinterest! 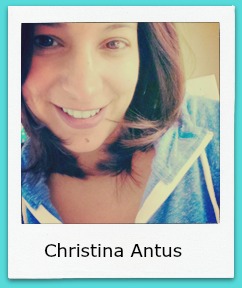 Christina lives in Colorado with her husband, three kids, and two cats who still haven’t caught the red dot. She’s won a couple writing awards, contributed to a few anthologies, and has been featured multiple times on In the Powder Room, Mom Babble, The Mid, Pregnancy & Newborn Magazine, Scary Mommy and What the Flicka?. She has also been featured on the Erma Bombeck Writers’ Workshop and MSN Living. When she’s not neglecting laundry, or avoiding the grocery store, she’s writing and making mediocre meals for her family. You can find her hiding in the closet, eating candy at her blog or on Facebook or Twitter.

Brooke Takhar is a Vancouver-based story-teller and Mama of one goon. She runs so she can eat ice cream and blogs so she can make fun of her parenting mistakes. If you need a pen pal, gluten free recipe or a meaningless celebrity gossip partner, she’s your gal. You can find all her exaggerations at missteenussr.com, her personal website for the past 65 years. Brooke’s stories have also been featured on Blunt Moms, Scary Mommy, In the Powder Room, Project Underblog and Review 2 a Kill. When she’s not writing, sleeping or dumping black coffee into her corneas, she co-hosts a podcast with her brother, I’m Right & You’re Wrong. Spoiler Alert – She’s always right.

Best-selling author Vicki Lesage proves daily that raising two French kids isn’t as easy as the hype lets on. In her three minutes of spare time per week, she writes, sips bubbly, and prepares for the impending zombie apocalypse. She lives in Paris with her French husband, rambunctious son, and charming daughter, all of whom mercifully don’t laugh when she says “au revoir.” She penned three books in between diaper changes and wine refills: Confessions of a Paris Party Girl, Confessions of a Paris Potty Trainer, and Petite Confessions. She also appears in three anthologies: That’s Paris, Legacy, and I Still Just Want To Pee Alone. She writes about the ups and downs of life in the City of Light at VickiLesage.com.

Abby Byrd mothers, frets, writes, teaches, and corrects other people’s grammar in an undisclosed location on the East coast of the United States of America. Her work has appeared on Scary Mommy, BLUNTMoms, and Mamalode and in Scary Mommy’s Guide to Surviving the Holidays. She is working on a memoir about her decade-long search for a partner and why correct use of the semicolon may not be the most important quality in a mate.

Jen Dean is a freelance copywriter and stay at home mom to three young boys. She writes a human-interest guest column for a local newspaper and is currently at work on a diet and fitness self-help book (strictly for her own personal use), a novel and a memoir – not necessarily in that order. She has recently made the mind-blowing discovery that her Ch’i (Chinese for “life force”) derives from all things ‘ch’ – including her children, chocolate, champagne, cheesy poofs and Channing Tatum – again, not necessarily in that order. She believes “The Princess Bride” is the best story ever written, “The Wire” is the best television show ever produced and Dave Grohl is the bomb. She lives in the western suburbs of Chicago with her boys and her husband, John, who prefers to be addressed as “Hey, Deaner” in an “Ali Landry from “Varsity Blues” southern drawl (we were made for each other). You can catch up with her on “The Ch’i of Jen” launching Summer 2015.

Kristen Hansen Brakeman writes comic essays about parenting and daughter-ing, or whatever happens to annoy her most at the moment. She’s been published in the Huffington Post, New York Times Motherlode, The Washington Post, Working Mother Magazine, Scary Mommy, and LA Parent, among others. She was also voted Most Sportsmanlike by her fifth grade kickball team. Kristen lives in Los Angeles with her wonderful husband and three amazing daughters and works behind-the-scenes on live variety shows. She blogs at Kristenbrakeman.com. You can also follow her on Twitter and Facebook.  Or don’t. Really, do as you please. 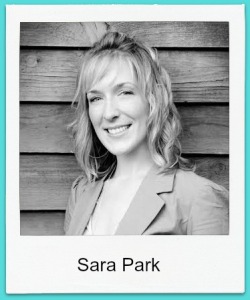 Sara Park is a children’s book author and illustrator. She is the mother of three kids. Her son is on the Autism spectrum, followed by two typically developing daughters. Originally from BC, Sara moved with her husband and infant son to ON in 2007. Her children’s book “Clever Carter: A story about Autism,” was written to educate typically developing children, about their friends with Autism Spectrum Disorder. Naturally, she is passionate about Autism advocacy and inclusion. Unless inclusion involves sharing her own personal colouring book with her children. She prefers a clean house, but prefers not to clean. She loves Halloween and burns way too much time and money on family costumes. She once enjoyed preparing meals for her family, until preparing meals became making condiments from scratch. When her toddler naps, Sara blogs about life with her son and his overbearing yet compassionate little sisters.  You can follow her on Facebook and on Twitter @CRCRsMommy. 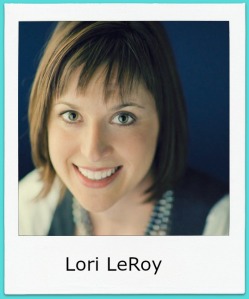 Lori Green LeRoy is a communications professional who lives in Indianapolis with her husband and two young (awesome) boys.  She is the author of The Inadequate Conception – From Barry White to Blastocytes: What your mom didn’t tell you about getting pregnant and the blog: The Inadequate Conception. LeRoy loves traveling, running, horseback riding, spending time with family and talking about her kids.  She is also an advocate of international adoption and orphan care reform. 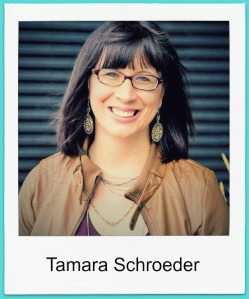 Tamara Schroeder is a wife, mom, word nerd, runner and lover of bad primetime television. She is still reeling over the fact the hospital let her leave with a baby she would be responsible for roughly 18 years – twice. She compensates for the shock by drinking obscene amounts of coffee and wine. On her humour blog That Tam I Am, she writes about her family life, pop culture and her journey with anxiety and depression (it’s a winning combination). She is also a freelance writer and editor, whose work has appeared on The Huffington Post and Family Fun Canada. She and her family live in Calgary, Alberta. Tamara is not suitable for children under 12 years of age. Don`t tell her kids.

Carolyn wears many hats. Half her day is spent being wife and mom and the other half, a TV news anchor. She is an award-winning journalist and for several years she anchored the 11 p.m. news on Global in Toronto, Canada. She very recently made the switch to morning television and can now be found on The Morning Show, on Global.

She began her journalism career in 1999 as a Videographer in Nova Scotia and eventually made her way back to Ontario, where she joined the Global news team in 2005. Her husband is a firefighter in Toronto and together they have two children.

Carolyn REALLY embraces sleep but like most moms she gets far too little shut-eye. She loves coffee, smelling her kids’ skin, a good loud laugh, that moment of quiet, Mom & Dad getaways, lazy Sundays, wood-burning fireplaces, clean sheets, and the words, “I love you.” Connect with Carolyn on Facebook and Twitter.

One thought on “Introducing the Woe Contributors…”